I recently thought about what my kids are doing now.  Two are still rock climbing as their passion in addition to a couple of other activities which I will post on later.  Parks has a new passion that he has been working on for about two years now-skateboarding.  While he was biking a while back, he began playing with and making fingerboards and fingerboard parks.  Believe it or not, this is where he began his skateboarding journey.  He started off learning the tricks and the physics behind the tricks.  He learned how to hit specific features. 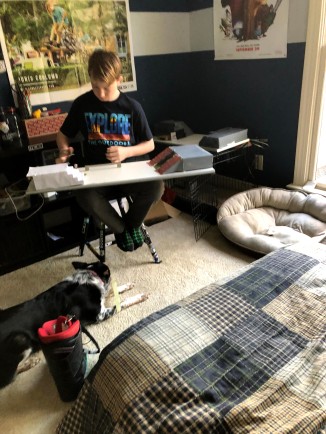 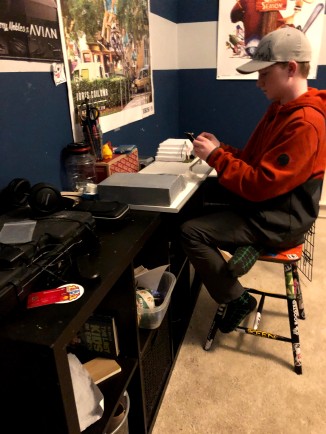 Then last year, he received a nickleboard for his birthday.  Since that time, he has gotten a park board and a longboard that slides.  He goes to the skatepark whenever he can.  When he cannot get to the skatepark, he has set up features in the yard complete with a rail, a quarter pipe and blocks of wood to slide over.  He spends time practicing and perfecting his skills.  Sims took him to the skatepark last week and called me in amazement at how good Parks has gotten at his tricks.

Part of his school for this year included woodworking.  He decided to make a longboard using kit from Roarockit.  The kit was fantastic.  He and our neighbor worked on the board shape.  Then Parks worked on sanding it and getting the final shape.  Finally, he stained and painted the board.  Overall, the board turned out pretty awesome.  He is ready to tweak the foam and change some things up to make another one. 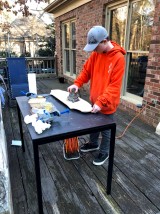 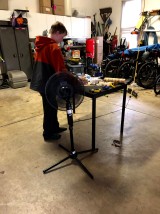