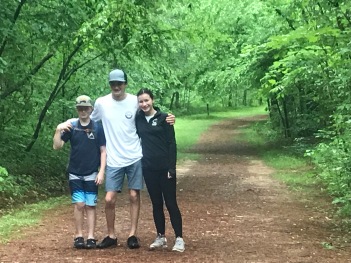 End of the year picture!

I was looking over my blog as I begin to plan for next year, and I noticed that I never wrote a year end wrap up!  Now to remember what everyone did!  We did a lot as a group this year, so there were less individual blocks that I was coming up with.  First, let’s look at what everyone did individually. 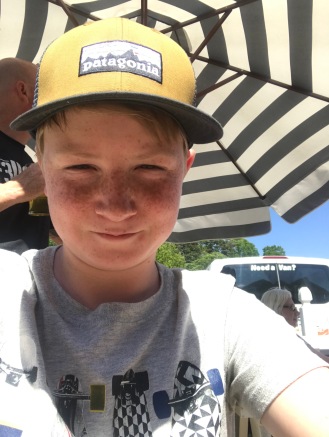 Parks finished his first year in middle school as a sixth grader.  He took his first true, big-kid classes this year.  One class focused on writing and grammar.  At the end of last year, Parks could barely write a sentence without complaining the entire time.  By the end of this year, he could write an entire story.  He worked really hard on this class.  Parks also took a general science class, which ended up not being the best for for him.  He is already a very science oriented kid so the class did not challenge him the way he was hoping it would.    He worked through sixth grade math and business math using the Simply Charlotte Mason Pet Store series and the Life of Fred series.  On his own, Parks learned more about drones, learned how to skateboard, participated in a snowboarding team, participated in a sailing team, did a ton of baking, helped Sawyer start a pet sitting business, and played a lot with his puppy, 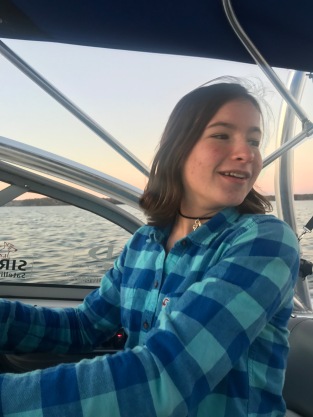 Sawyer completed eighth grade this year and is more than ready to move on to high school.  I actually think she was ready last year.  Sawyer took a high school English class that really pushed her.  I was a little worried that the class would kill her love for writing, but it didn’t. What it did do was teach her some major executive functioning skills and organizational skills!  She had a lot of dates and assignments to keep up with.  Sawyer’s favorite class this year was physical science-another high school level class.  She was young for the class, but she rocked it.  She loved the experiments and writing the lab reports.  For math, she completed the Life of Fred Pre-Algebra series.  In addition to traditional school subjects, Sawyer learned many new art techniques, sang at several events (a great way to end the year-she got to be a back-up singer for a concert at the big theatre in the city near us), continued her sewing, continued climbing on the climbing team, started a pet-sitting business, got her boater’s license, learned arial silks and became an amazing young lady (well, I think she has always been amazing, but she has really grown up). 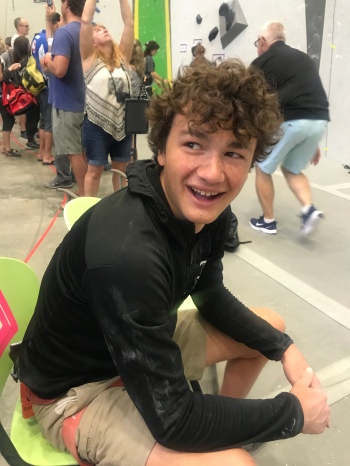 Sims finished up his tenth grade year.  I am trying not to freak out that he is almost done with school!  He doesn’t look like a little kid any more and he doesn’t act like one either-well, for the most part.  Sims took high school Chemistry this year with a group.  He loved it.  He enjoyed the experiments.  He learned how to use a text book to its fullest potential.  He learned about writing lab reports more in depth.  Sims also took geometry through High School Math Live.  He liked the online approach as long as it was live.  He found it more difficult to go back and watch the class if he missed one.  I like that he is started to be very aware of how he learns best.  Geometry went very well.  Sims worked with a teacher throughout the year on writing.  He also worked through the Reading Horizons program to hone in on a few missing links in his reading and spelling.  The Reading Horizons program worked awesome.  Initially, he fought it and complained.  After the first few lessons though, he found the usefulness of it.  Sims experienced a pretty bad concussion this winter which made the first few months of the year pretty interesting.  He could not be on a computer or any screen.  He also had a tough time focusing to read without getting a major headache.  So we took this time to listen to a few  audiobooks, work on puzzles, and do a lot of discussion based teaching.  Luckily by mid March, he was able to move forward again.  Outside of school, Sims continued climbing and went on several climbing trips(except for the time during his concussion recovery), began sailing big boats and racing them, got his driver’s license, took up photography, built a climbing wall in his room, and hung out with his friends.

We worked through a couple of subjects together including finance/economics and US history.  I wrote a blog on the finance block here.  The only part not in the blog is their final block on entrepreneurship.  In this block, each person worked on and presented a shark tank presentation.  As far as US history, we started with the American Revolution and ended with World War II.  The kids also participated in their 4H co-op each week.  The blocks were the same for each of them, however the expectation of the project involvement increased for the older kids.  The 4H blocks included geology, PE, Spanish, geography, finance, entrepreneurship, coding, cooking, sculpture, and environmental science.  Overall, another successful year!